The Naval Warfare Officers’ Association is open to past and present Officers of the Royal Australian Navy who have experienced the challenges of naval operations at sea.

The Association caters to all category specialisations and warfare disciplines but has a particular focus on Surface Warfare.

The Association aims to preserve the sense of patriotism, loyalty, fellowship and camaraderie enjoyed by those who serve their country in naval service.

While predominantly a social network, the Association offers an informal mentoring service to currently serving officers and performs a limited advocacy role when required. It also encourages professional excellence in Surface Warfare and recognises achievements through a series of annual awards to graduates.

The Association has a very proud history forged in war and peace and based on Bravery, Honour, Respect, Support, Camaraderie and Distinguished Service. It evolved from the Anti-Submarine Officers’ Association, which was formed in 1946 by serving and de-mobilised officers from WW11. The only criteria for membership was to have been trained at the Anti-Submarine School, HMAS RUSHCUTTER, in Sydney.

RUSHCUTTER graduates had made a substantial contribution to winning the war at sea in WWII. Many served in the Royal Navy and many were decorated for their brave and distinguished service. Winston Churchill said on more than one occasion that the only battle he feared and the only one that had to be won was the Battle of the Atlantic. Graduates from RUSHCUTTER comprised some 20% of all anti-submarine officers and men in RN ships in the war against the U-Boats in the Atlantic, the Mediterranean, North Russia and other theatres of war.

In 1994, the Association published “Contact” - the story of RUSHCUTTER and Australia’s Submarine Hunters between 1939 – 46. Edited by LEUT G.R Worledge MID, RANVR (Rtd), this book is an outstanding account of the history of the Anti-Submarine School and contains the complete details of all personnel who passed through RUSHCUTTER and their wartime recollections.

With the closure of RUSHCUTTER shortly after the end of WWII, Anti-Submarine Warfare Training moved to HMAS WATSON on Sydney’s South Head. The Anti-Submarine Officers’ Association enjoyed a close relationship with HMAS WATSON from the start and continued as WATSON’s warfare training role expanded.

The multi-faceted maritime threats of the Cold War and the coming of the missile age led to a shift away from one dimensional ‘Long Course’ specialisations and the introduction of the Principal Warfare Officer (PWO). PWOs were trained to react swiftly to threats from above, below or on the surface. The qualification course was conducted in the UK with the Royal Navy until it was repatriated to HMAS WATSON in 1985.

Early in the new century, as its membership aged, the Anti-Submarine Officers’ Association moved to secure its longevity. Building on its close links with HMAS WATSON, a name change was made, membership was broadened to incorporate PWOs, and on ANZAC Day 2003, the Naval Warfare Officers Association came into being with Admiral Alan Beaumont AC RAN (Rtd) as its first Patron. In 2008, specialist Gunnery Officers who had previously congregated under the banner of the St Barbara Association were welcomed into the Association.

In the past decade, membership of the Association has been broadened to allow Officers from any specialisation to join, if they have a primary naval qualification, have served at sea, and share an interest in Surface Warfare. This change recognises that a warship is fought not only by warfare trained officers, but that all specialisations have a critical contribution to make in achieving the RAN’s ultimate goal of fighting and winning at sea.

Some of Our Predecessors Some of Us Today 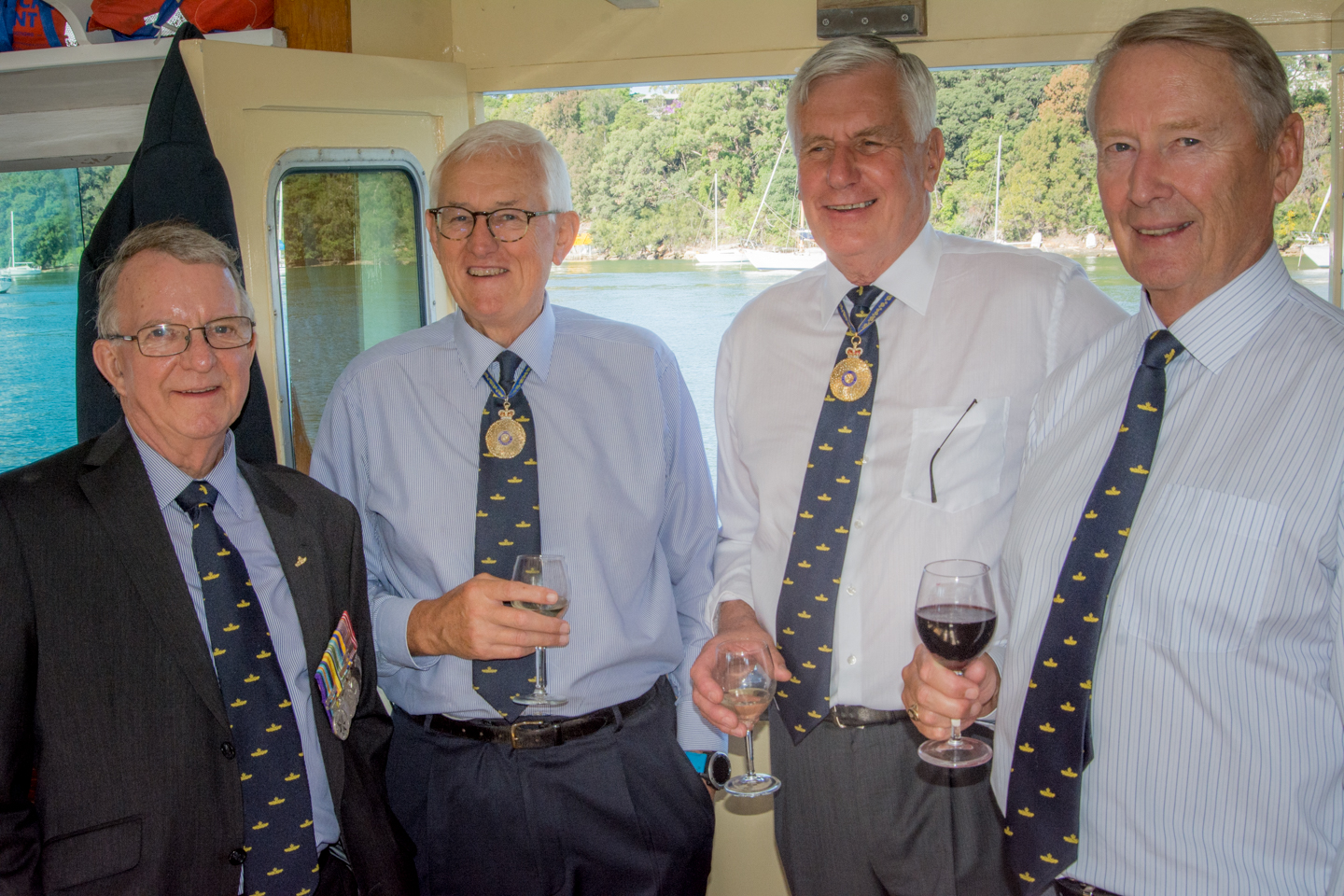 The Association is governed by a Committee. Committee Office Bearers are the President, Vice-Presidents, an Honorary Secretary and an Honorary Treasurer. The remainder of the Committee is comprised of up to nine additional members. Each Office Bearer and committee member must be elected at an Annual General Meeting and holds office for one year at which point they can nominate for re-election. In addition to the Annual General Meeting, the Committee meets at least quarterly or more frequently if required.

The current committee consists of: